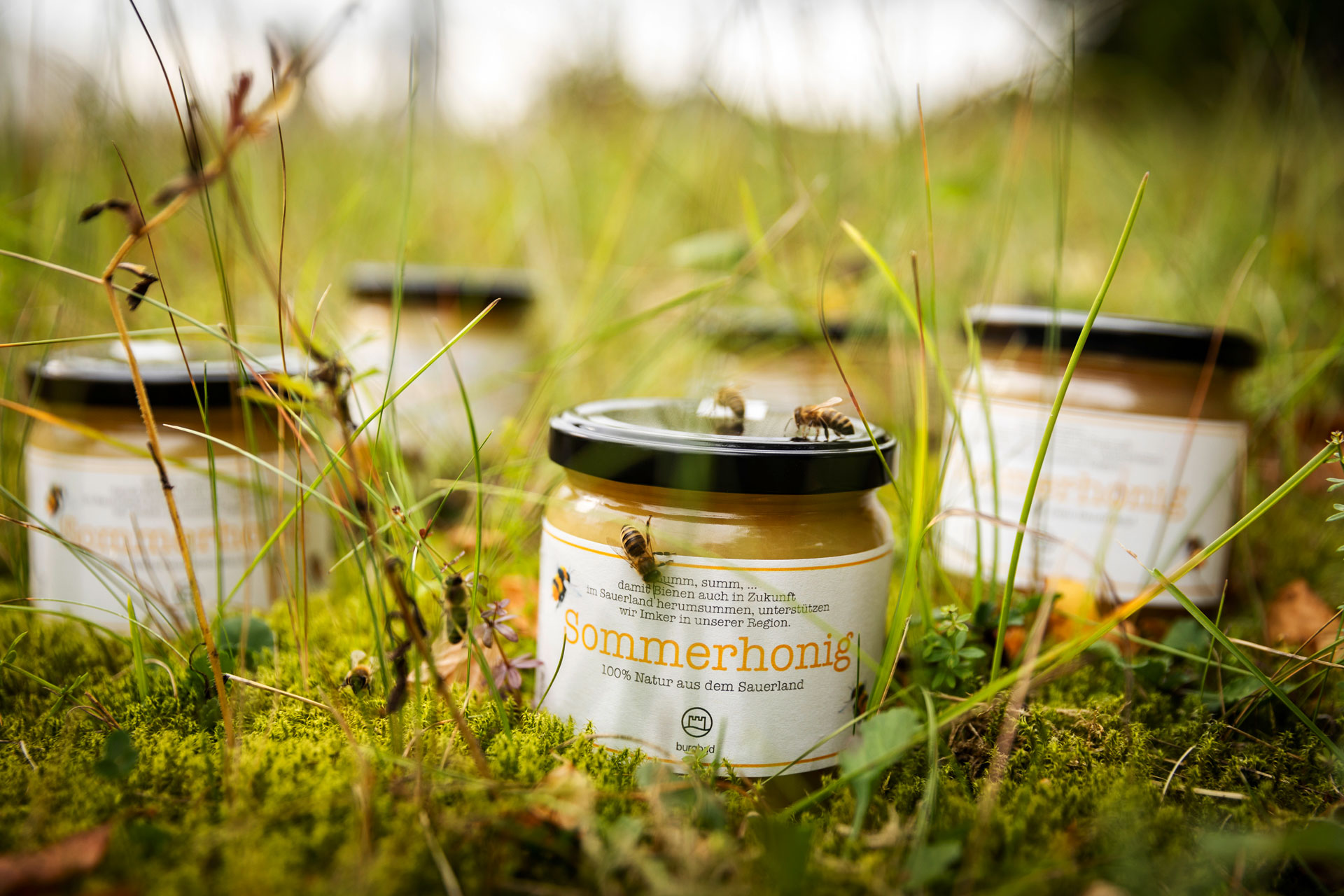 With its homegrown honey from the bee colonies that live at its factory site in Bad Fredeburg, a health resort renowned for its outstanding air quality, burgbad hopes to increase its customers’ awareness of the problem of species extinction. Photo: Christoph Meinschäfer, burgbad
1. July 2021
Teilen

For burgbad, there’s more to sustainability than climate-neutral production or using certified wood. By adopting bee colonies and establishing them on its factory grounds, the bathroom furniture specialist from Bad Fredeburg wants to set an example and encourage more personal commitment in the fight against species extinction.

As many as 50,000 honey bees live on the grounds of the company’s plant in the Hochsauerland region. burgbad’s oldest site is located in Bad Fredeburg, an officially recognised health resort with outstanding air quality, where the town meets the woodland and meadows of the Rothaar Mountains. The two bee colonies are cared for by four burgbad employees who act as beekeepers. “We made a very deliberate decision to become active ourselves at local level,” explains Dr Susanne Sollner, burgbad’s head of sustainability management. “So now, in addition to our long-lasting, premium bathroom furniture, there’s top-quality burgbad honey too,” says Sollner in anticipation of the upcoming honey harvest.

Both honeybees and wild bees play a key role in preserving our cultural and agricultural landscape because they pollinate approximately one third of all agricultural crops while searching for food. But for years now, NGOs and beekeepers have been warning of a huge global decline in bee populations as a result of disease, pesticides, extreme weather, invasive species and loss of habitat. If bees were to disappear, the human food supply would be endangered across the planet – with the familiar consequences of famine, conflicts and refugee crises.

In view of the necessary debates about climate change and sustainability, it isn’t always easy to draw the public’s attention to the growing problem of species extinction. But a May 2019 report on biodiversity published by the United Nations’ Intergovernmental Science-Policy Platform on Biodiversity and Ecosystem Services (IPBES) provided scientific proof of the dramatic extinction of species and thus increased general awareness of this threat. It found that approximately 1 million of the world’s estimated 8 million species of animals and plants are threatened by extinction – with dramatic consequences not just for “nature” but for humanity as well. According to the report, the factors responsible for this development include the overuse of natural resources, intensive farming and environmental pollution. The decline in insect populations is particularly alarming.

According to the Krefeld Study, which was published in 2017 and drew global attention, the total biomass of flying insects in 63 areas of Germany declined by more than 75% over a period of 27 years. As an essential part of our culture that enjoys widespread popularity, the bee can therefore only serve as a representative example of the biodiversity that is in such urgent need of protection. Through its commitment and armed with the burgbad honey as an attractive “door opener”, the bathroom furniture manufacturer wants to engage its customers in conversation and raise awareness of this important issue. “Our goal has to be to think and act sustainably in as many areas of life and business as possible – on both a large and small scale,” believes Dr Susanne Sollner.

Burgbad has been committed to sustainable business practices for quite some time; it has joined the UN Global Compact, the world’s biggest initiative for responsible corporate management, and reports transparently on its activities in compliance with the German Sustainability Code (DNK). Due to the high degree of in-house manufacturing at its production sites in Germany and France, burgbad – in contrast to many other manufacturers who largely assemble their products out of bought-in components – has a high level of control over its production chain. All our furniture has been PEFC-certified since 2014, and the entire range of furniture has been awarded the top Class A rating by the world’s first emissions label for furniture, which is issued by the German Quality Assurance Association for Furniture (DGM). In 2017, burgbad also became the first German bathroom furniture manufacturer to receive the DGM’s Climate-Neutral Furniture Manufacturer label. 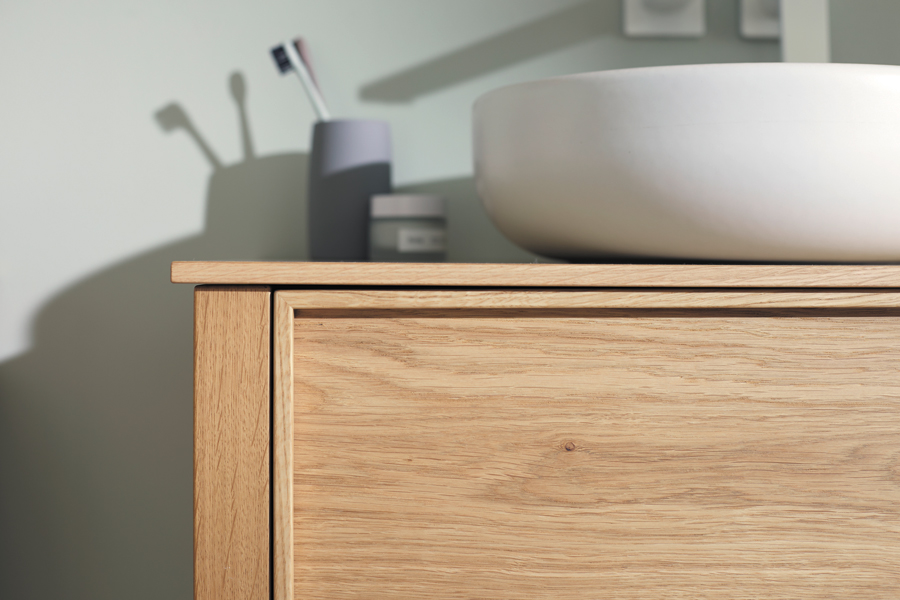 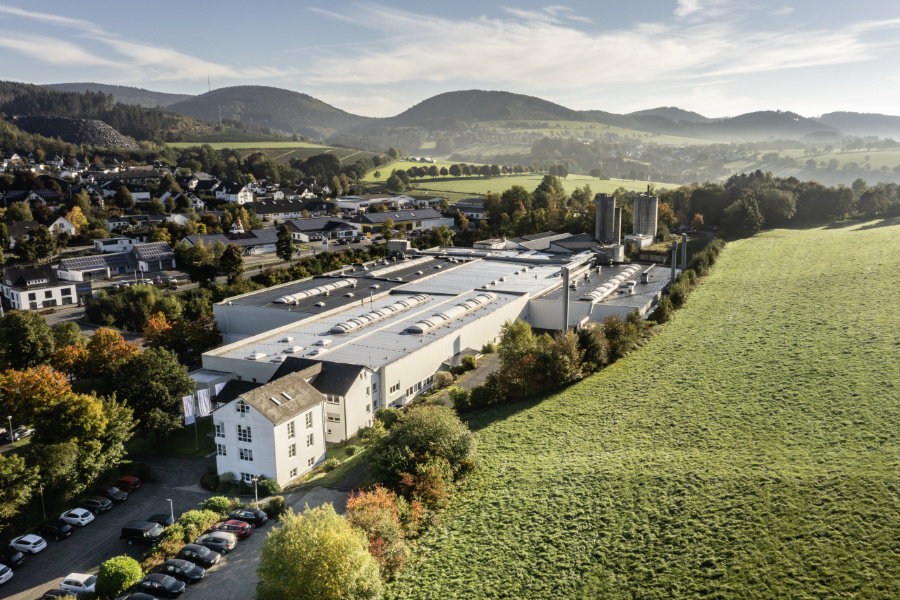 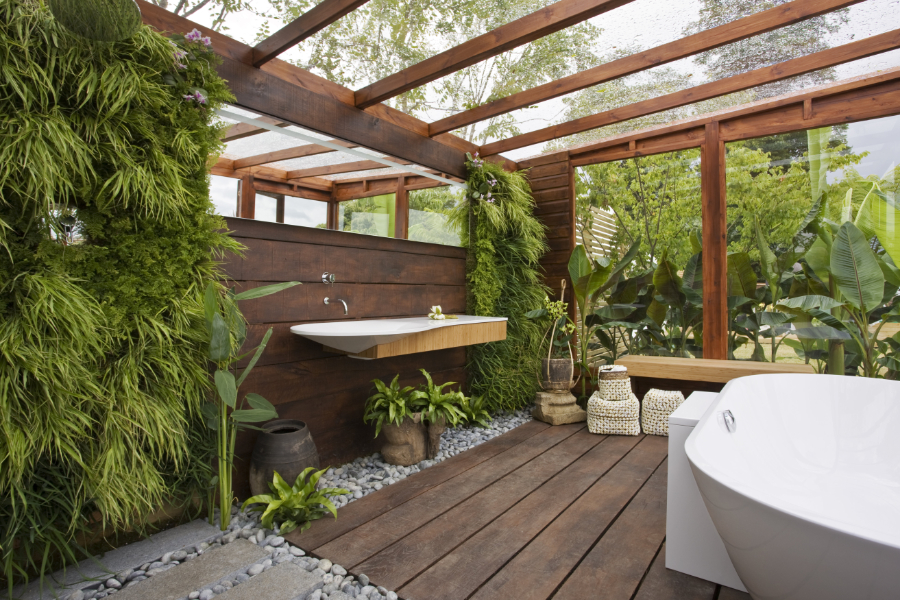