Mid-century style in the bathroom 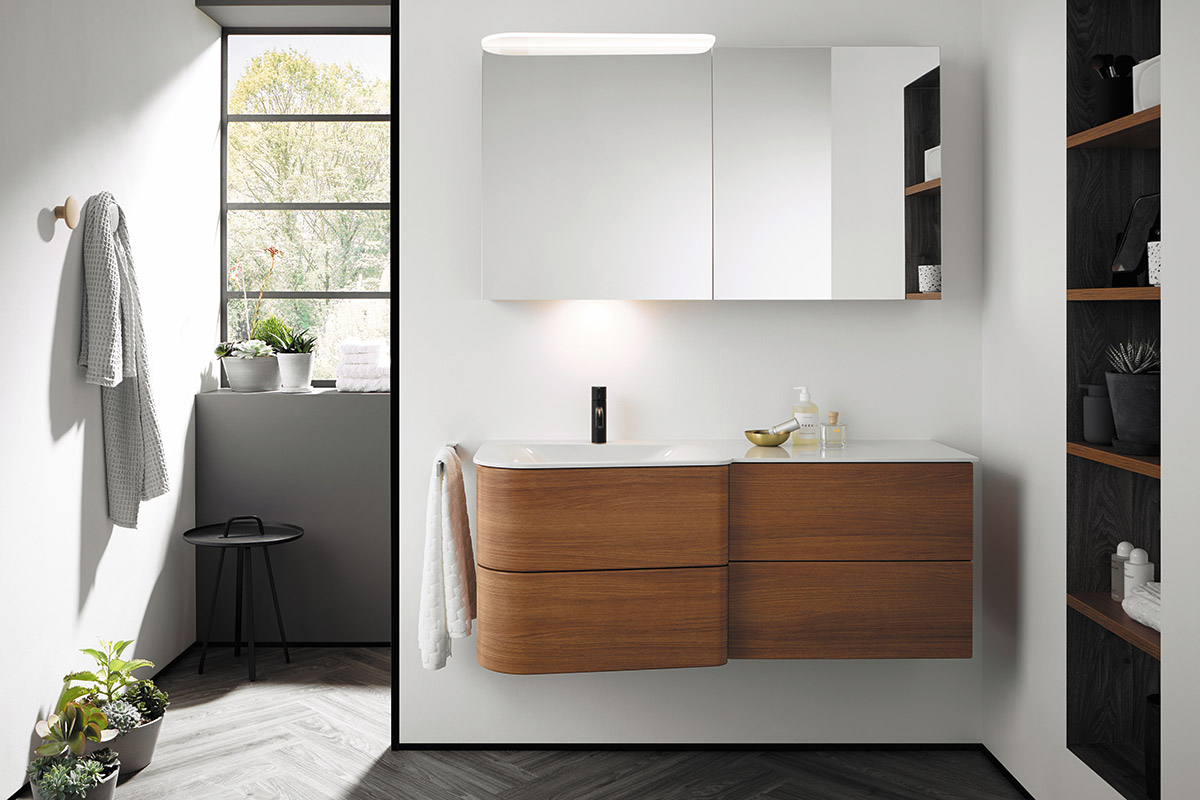 The mid-century style is found in architecture and furniture design from the middle of the 20th century. Its distinguishing characteristics are clear lines, organic forms and streamlined design without additional ornamentation.
1. September 2021
Share

The mid-century style continues to be popular in all areas of interior design. Why? The answer is simple: it combines good design with cosiness and a hint of nostalgia. It manages to be both classic and trendy at the same time. But more than anything else, it’s extremely original. Between classic modernism and retro, simple straightforwardness and playful flair: the mid-century style is a long-term trend that’s now arrived in the bathroom too. A style for individualists.

The mid-century style is a child of its times – which means the postwar era of the 1950s and 1960s. It’s an expression of belief in progress, of prosperity, and an idea of home that was still strongly influenced by traditional family structures. The protagonists of the mid-century style include dark, precious woods and leather in modern, simple forms for armchairs, sideboards and cabinets, but also the first plastic furniture in upbeat colours and style icons such as Eero Saarinen’s Tulip dining table. The classics created in the 1950s and 60s by Ray and Charles Eames, Walter Gropius and other renowned designers – many of them associated with the Bauhaus – went far beyond the kidney table aesthetic that was fashionable at the time and influenced an entire era; even today, they are still considered iconic. 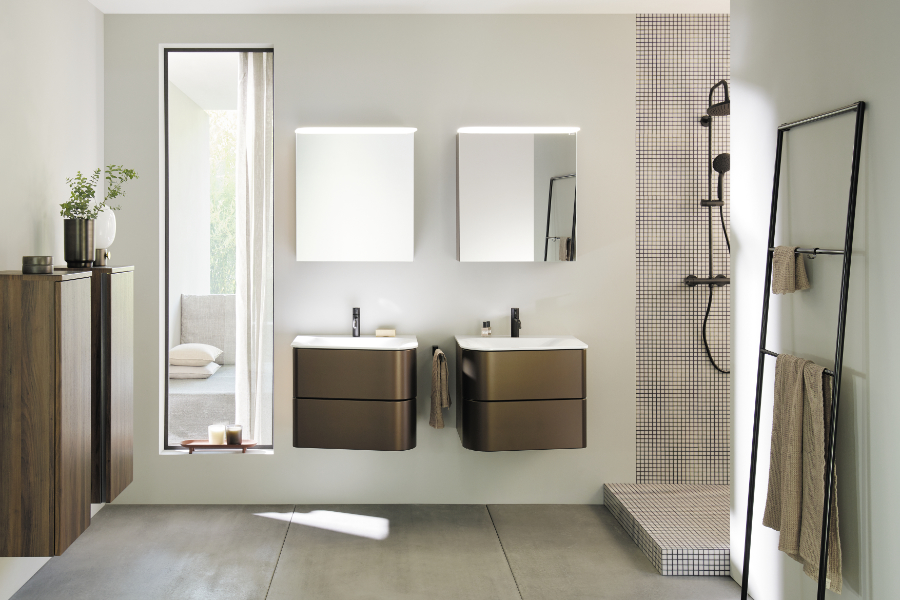 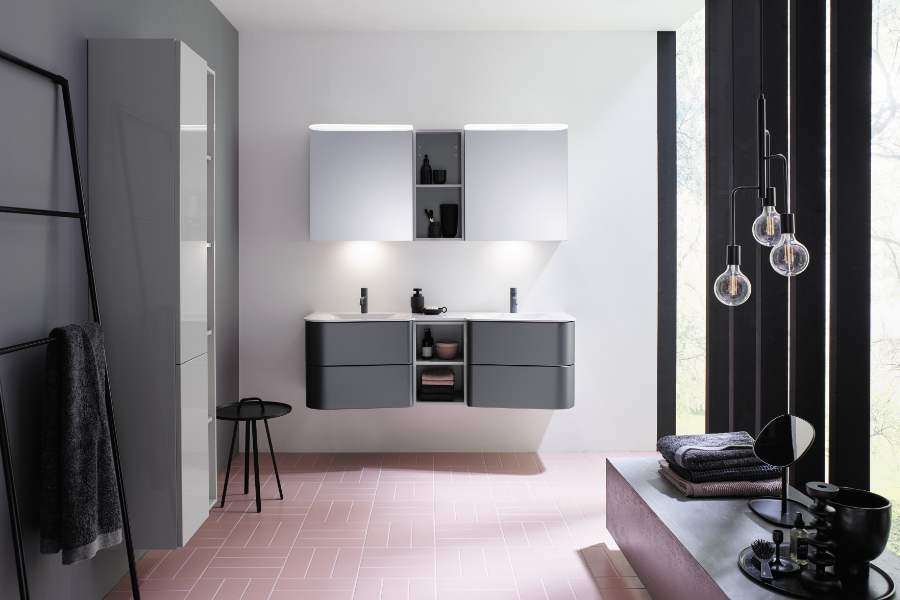 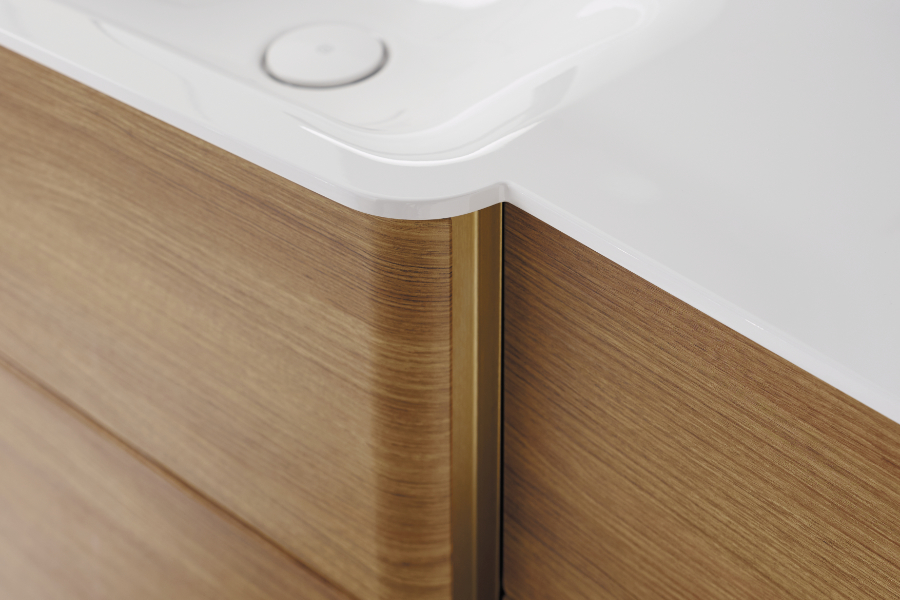 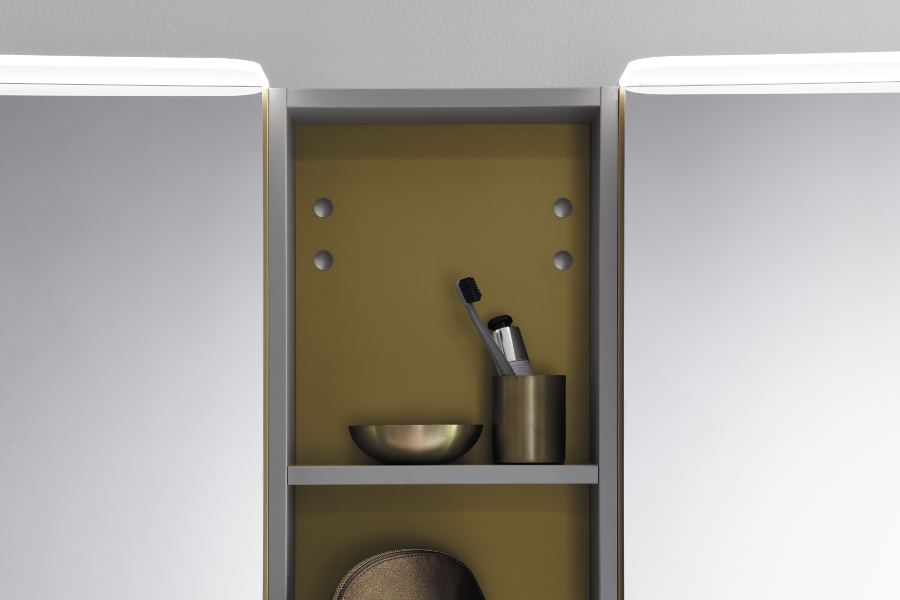 Depending on the accentuation created by the choice of materials and colours, the mid-century style can produce all sorts of different effects. On the one hand, simple, classic and straightforward designs in a light, fresh, Scandi chic look, with boxy furniture that appears to hover on delicate legs. Then there’s the approach that creates a lifestyle touch with vivacious, vibrant accents and small pieces of furniture like side tables and cocktail chairs that give the bathroom an on-trend retro flair; or a dark, elegant look that echoes the Scandinavian design classics of Arne Jacobsen, Louis Poulsen or Alvar Aalto, who used basic geometric forms to create icons of organic design. But there’s one formula that works for all variants: if you create a mid-century look based on wood or wood effects, you can add extra elegance with accents in brass and dark woods.

The Badu collection: burgbad’s adaptation of the mid-century style for the modern bathroom

The combination of organic and linear forms is a further indication that Badu’s design is inspired by the modern outlook on life embodied by the mid-century style – a look that it successfully translates into the contemporary bathroom. Bicolour combinations and trendy metal and wood effects underscore the cosy character of the bathroom and leave plenty of scope for individual creativity.

“The design is inspired by the idea of two classical dancers: the female component twirls, nestles and sculpts itself; and the male part, which ensures stability and balance by absorbing the energy.”

The organic design language makes the furniture particularly challenging to produce. But burgbad hasn’t just acquired outstanding expertise in the production and design of curved fronts – it was burgbad who actually invented the thermoform front for the bathroom. It has been proving itself in collections like Sinea for years and is now being used to implement the fresh design language of the Badu and Lavo 2.0 collections.

But Badu isn’t just timeless and elegant, it’s also looks very original thanks to its creative play with asymmetry. There is an unusually dynamic quality to the design, especially in the relationship between the contoured combination of vanity cabinet plus mirror/mirror cabinet and the straight sided add-on element. The add-on element is not as deep as the vanity cabinet and can be configured with doors, pullouts or open compartments. The sweeping motion of the curved component finds a calm, fitting counterpoint in the linear add-on element – a suspenseful contrast between round and angular, vivacious and level-headed, feminine and masculine.

In the double vanity unit, the mirror-image arrangement of the expansively curved fronts results in a wonderful symmetry that has an almost classic impact – an attractive look for the bathroom and an appealing vision for the people that use it.

A compelling combination of tradition and modernism: the Lavo 2.0 collection 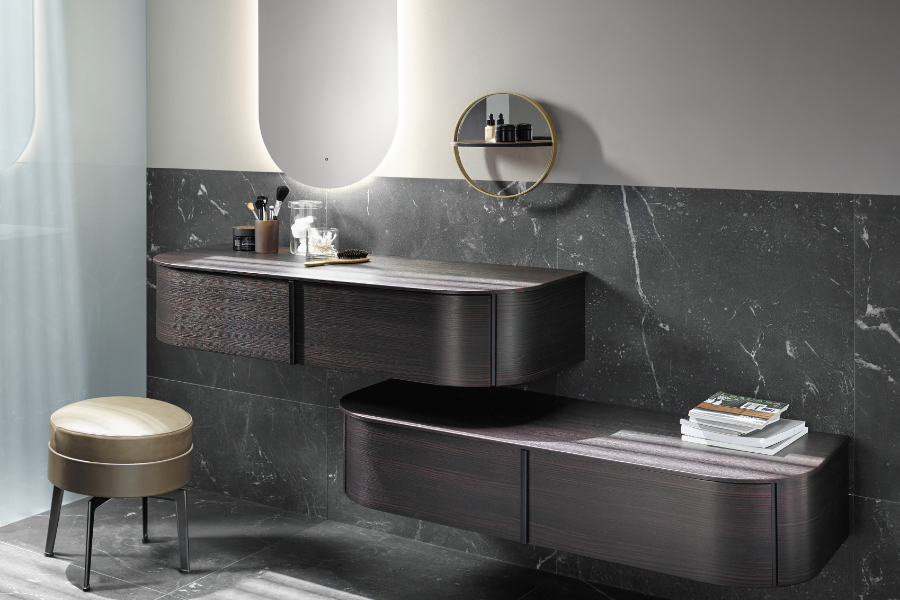 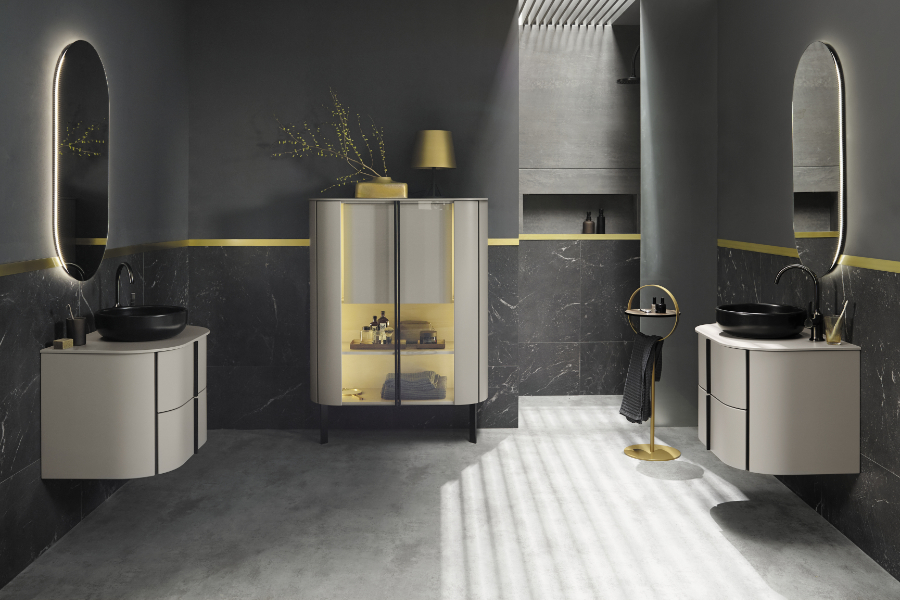 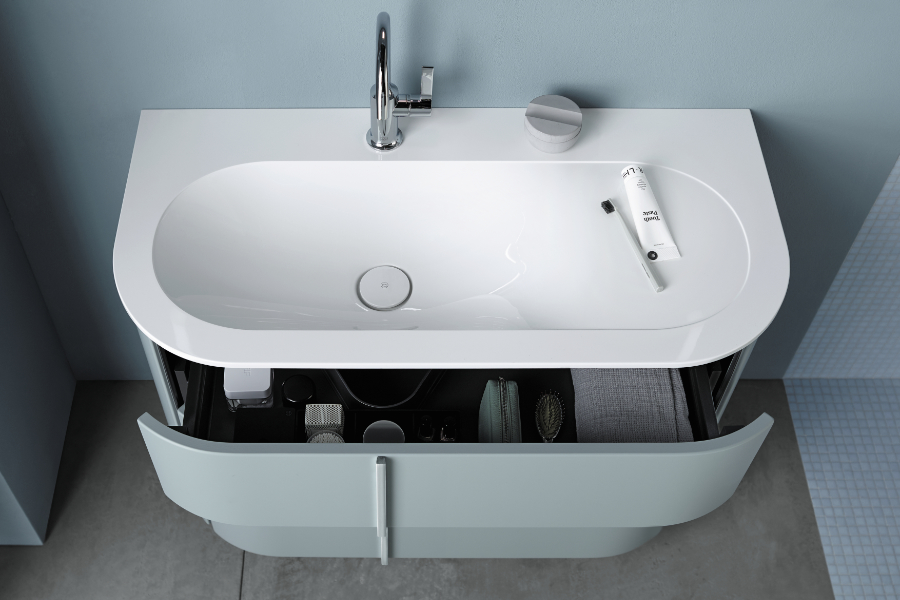 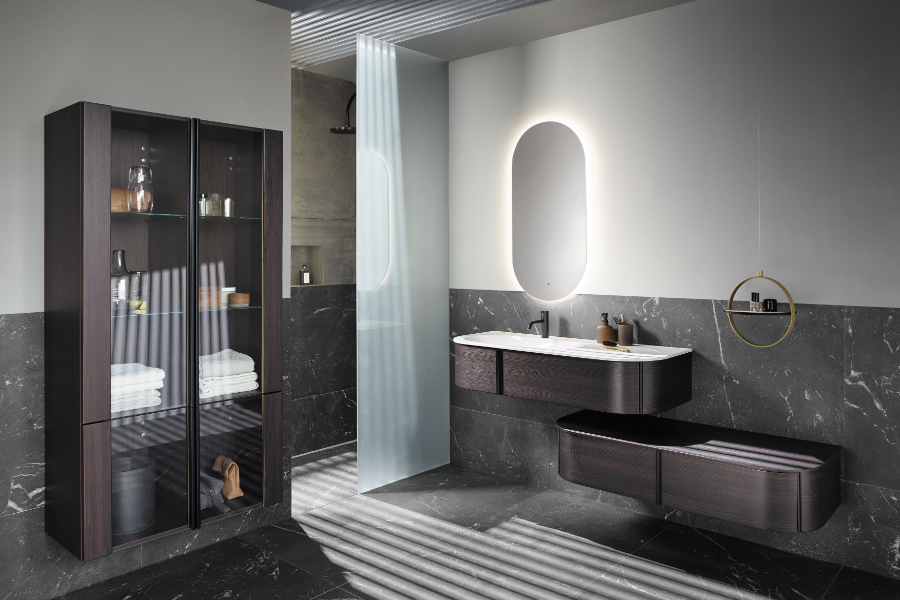 There’s definitely a sense of mid-century flair to burgbad’s Lavo 2.0 bathroom collection as well. But Lavo 2.0 is inspired not by asymmetry but by the classic form of the oval, which takes centre stage in this case. The timeless design therefore has more in common with classic modernism than with Badu and is a quiet combination of modernism and tradition, round and angular forms, symmetry and asymmetry, closed and transparent storage space. Rarely has a design resulted in such a harmonious combination of opposites! The oval hangs flat against the wall, rounded fronts transition almost imperceptibly into straight sides, cool grey meets warm accent lighting and brass-coloured accessories.

The oval is the leitmotif of Lavo 2.0’s design

The suspenseful asymmetry of the vertical long-line handles, basin, tap and mirror cabinet doors is likewise offset by details such as the lesene-like sides. As a result, Lavo 2.0 maintains a balance between uncompromising modernity and echoes of days gone by.

“With Lavo 2.0, we were looking for a modern interpretation of traditional and upscale furniture forms for the bathroom.”

That might have something to do with the fact that, with the mid-century style, Lavo 2.0 aligns itself with a period of modernism in which Scandinavian design, strongly influenced by traditional craftsmanship, shaped the taste of the avant garde. And as a result, Lavo 2.0 fits in just as perfectly with traditional settings as it does with uncompromisingly modern architecture.

Both the Badu and Lavo 2.0 collections owe their compelling appeal to an emotional and timeless design. Badu features an attractive combination of organic and geometric forms as well as on–trend metal and upmarket wood effects for individual and lifestyle-oriented bathrooms. Thanks to an original double vanity and a small solution for guest bathrooms, Badu is a complete collection with options for rooms of all shapes and sizes. On the other hand the Lavo 2.0 collection, with its flamboyant standalones, is probably one of the most elegant design lines in burgbad’s Sys20 range. The furniture from the Lavo 2.0 collection creates a salon-like atmosphere in the bathroom. Gently rounded furniture fronts harmonise with the oval of the mineral cast washbasin and illuminated mirror to give the bathroom a cosy character. A vanity unit like a dresser, elegant consoles and sideboards, big illuminated display cabinets and impressive highboards are the highlights of this bathroom furniture collection. 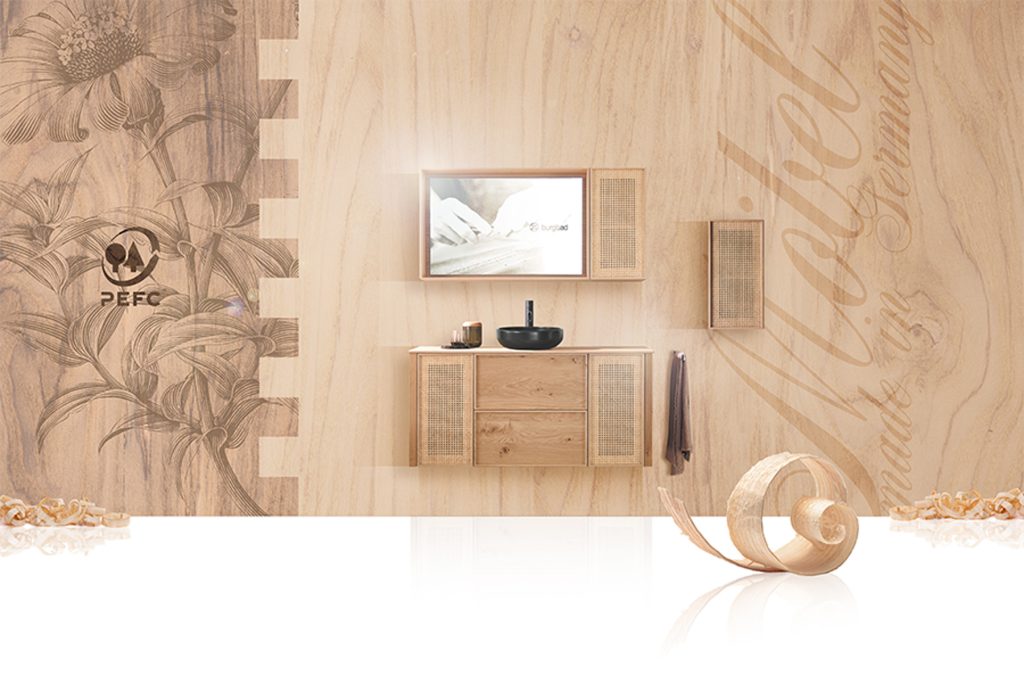 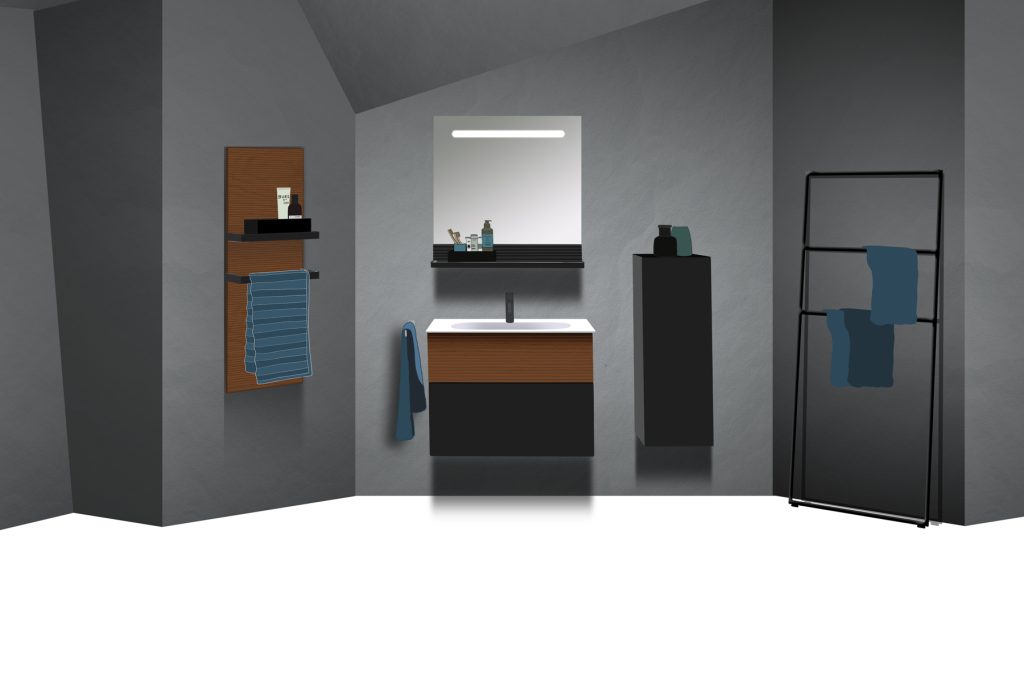 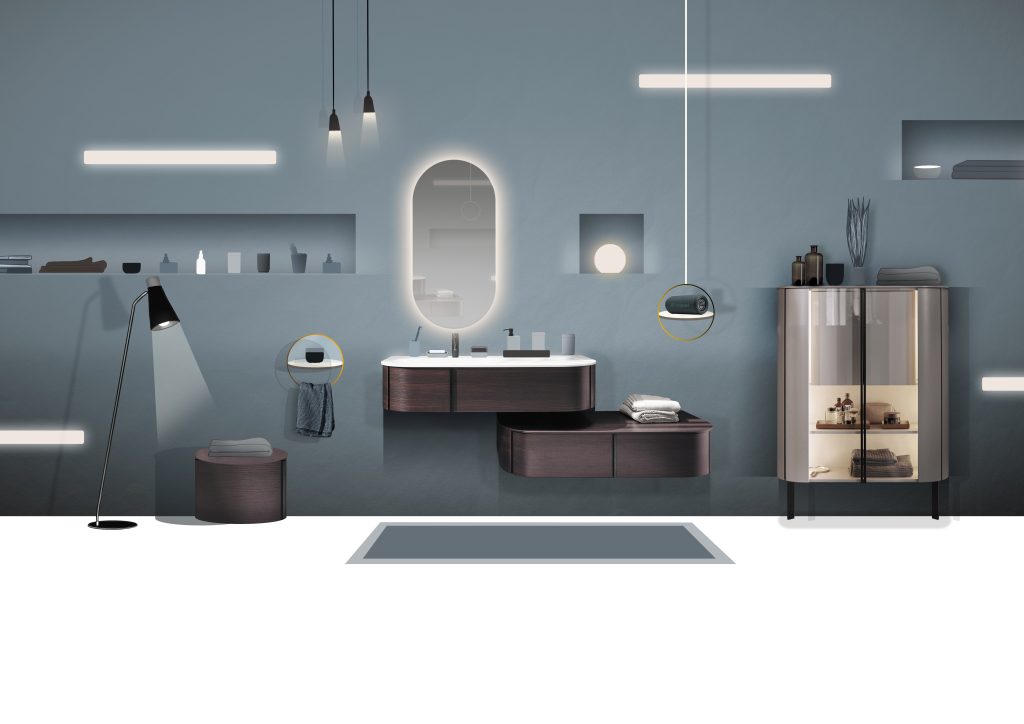