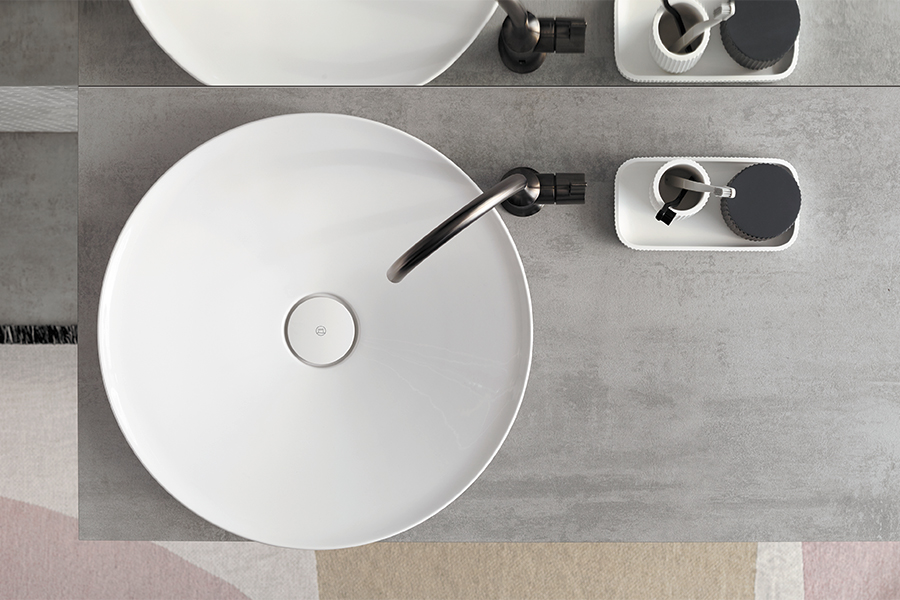 Clean, straight, angular: those are the attributes normally associated with a minimalist furnishing style. Soft forms, curves and organic lines just don’t belong in such a setting. Right? No! Because rounded shapes – especially circles and ovals – are an excellent fit with minimalist bathroom designs too, and very much on trend right now. Both perfectly circular and organically curved elements for designing minimalist spaces and lifestyle bathrooms can be found in the collections by bathroom furniture specialist burgbad.

Even the coolest of furnishing concepts needs the occasional soft accent. That’s why contrasts between angular and round, straight and curved, flat and domed are becoming increasingly common in modern interior design. Especially when combined with straight lines, circular and curvaceous forms bring a dynamic touch to any home. And that’s not all: round shapes are said to have a gentle, soothing effect on us humans as well. They’re a familiar sight in nature, after all, where everything is essentially “non-linear” in one way or another. Or is it simply because everything comes around again eventually? Is that why organic forms are setting the tone again, even in many stylishly minimalist interior designs? After all, round shapes were very much a feature of earlier epochs that are now being referenced again – just think of the mid-century or space age styles.

Design as serving the human user 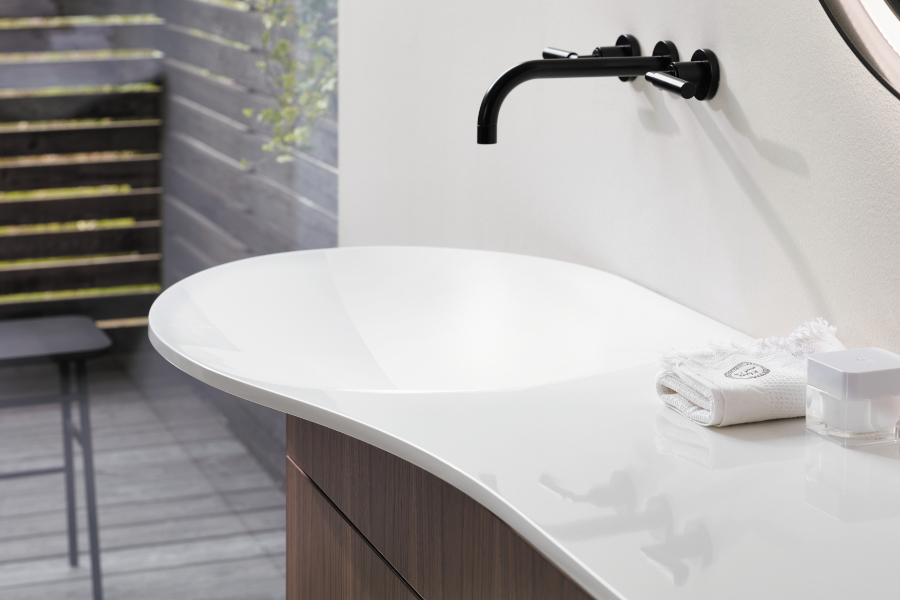 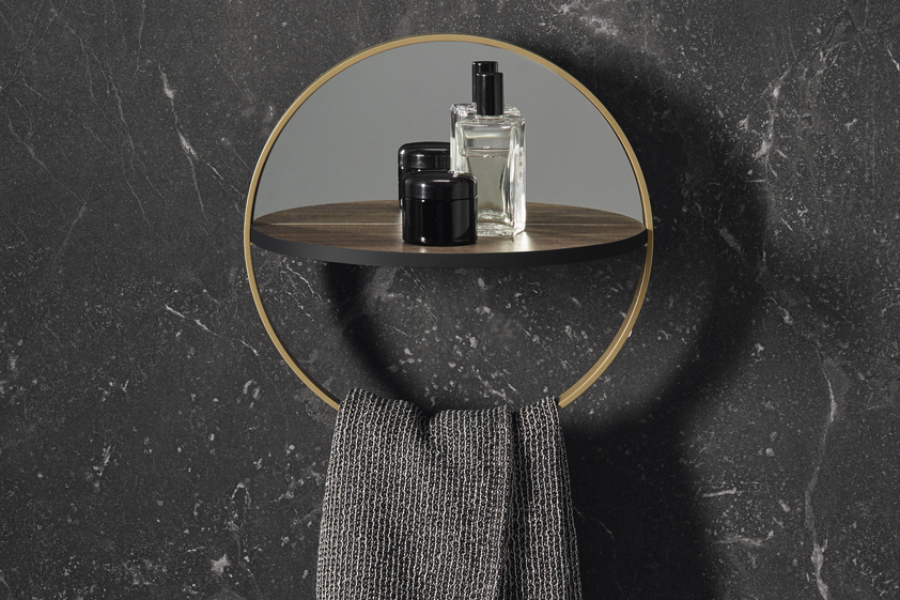 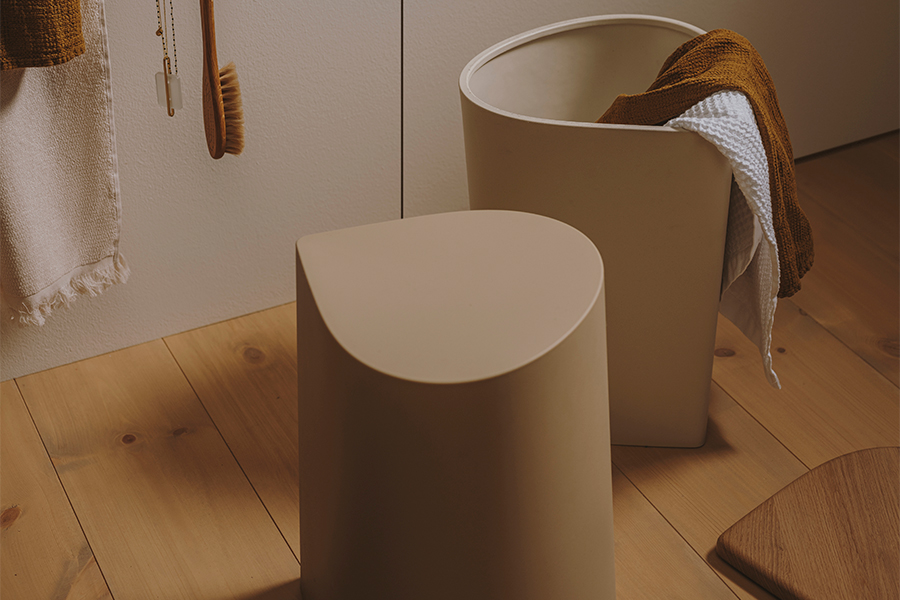 Back in the 1970s, round, organic shapes make a very prominent debut in the bathroom thanks to designer Luigi Colani. Famous for its soft forms and presented to the public in 1975, his line of bathroom ceramics launched a new, ergonomic design language for the bathroom. Colani took his orientation from natural forms – and according to his design philosophy, nothing should be incompatible with the shape of the human body. On the contrary: the body should be enveloped by a beautiful, inviting gesture.

The washbasin he designed at the time, for instance, had an inward curve to accommodate the stomach of the person standing in front of it. Colani referred to his design as serving the human user. But there’s more to organic forms than their ergonomic benefits: rounded shapes make a big visual impact too, whether as a mirror, washbowl basin, furniture or accessories. There’s something special about round forms that draws the eyes like a magnet and adds an intriguing counterpoint to any interior – especially a minimalist one.

Ceramic and mineral cast: from circular to oval, the options are open 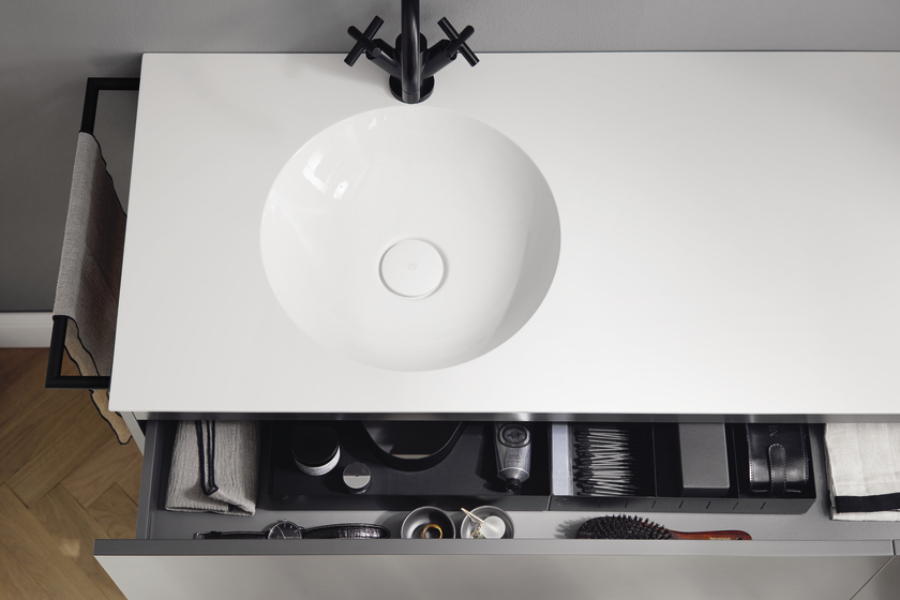 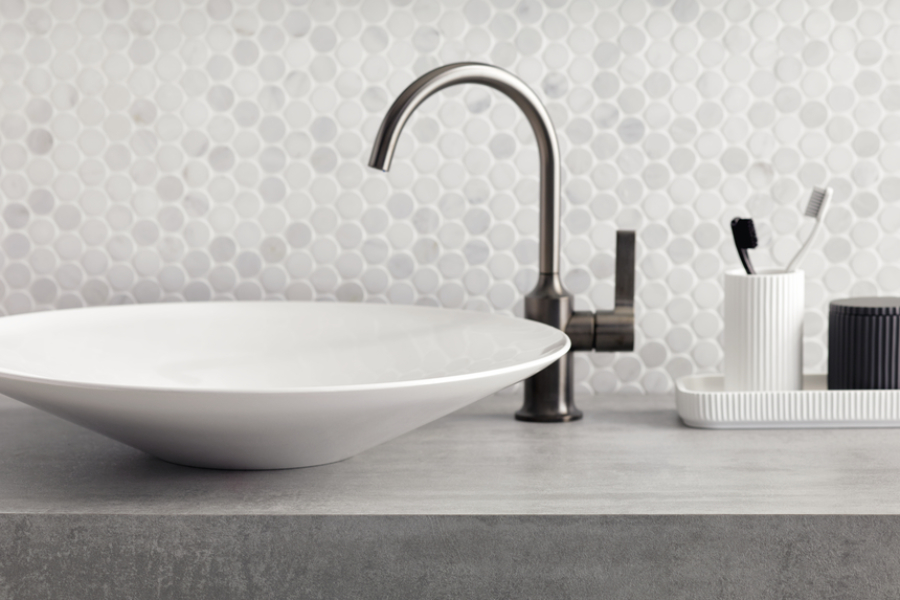 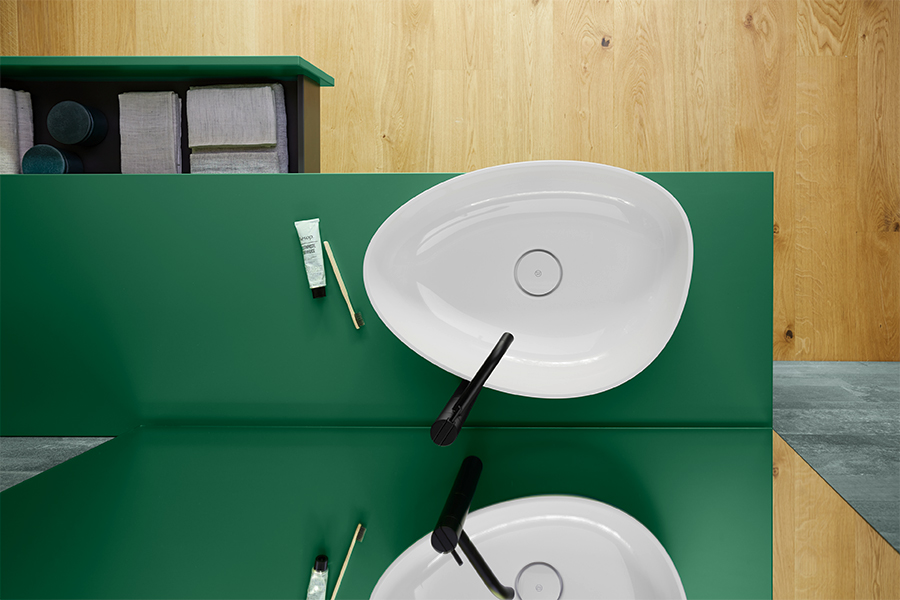 The circle makes a particularly strong impact. Of all the round and organic forms, the circle is the most regular. Some would say the most sublime too. Without beginning or end, it has no breaks and therefore, like the ellipse, stands for perfection. What’s more, its form is familiar to us from heavenly bodies like the sun and moon, which is why we associate it with a timeless, mythical quality. When contrasted with minimalist surroundings dominated by straight lines, the circle makes its biggest impact by conveying emotion within the rectangular geometry. Hardly surprising, then, that the circular form is such a popular choice for countertop and vanity basins right now. Placed on a console or pedestal-like vanity like little works of art, they elevate the bathroom to a place of meditative retreat with echoes of classical cultures

The bathroom mirror becomes the sun 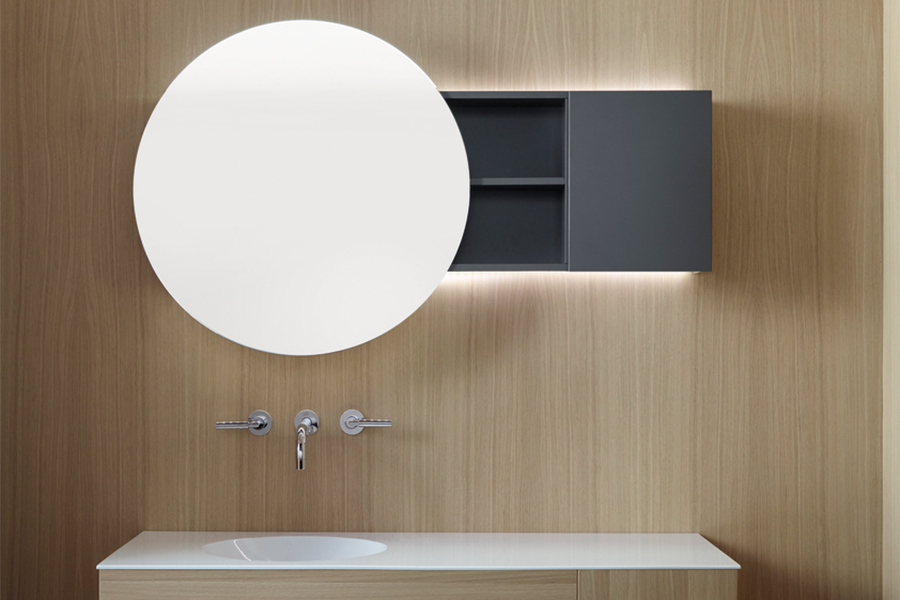 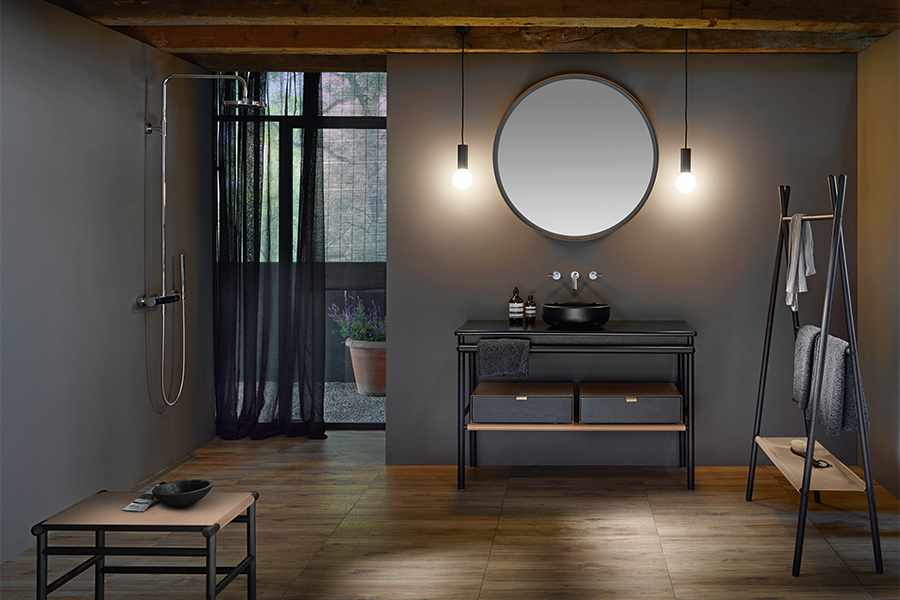 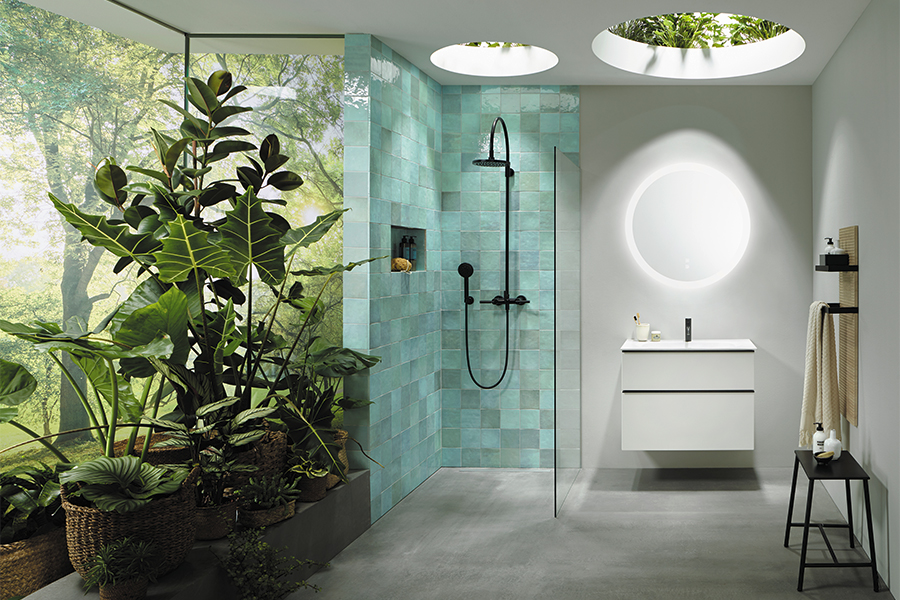 Round mirrors are also playing a major role in bathroom design right now and entering into a perfect symbiosis of form with the washbasin and bathroom furniture, creating an ensemble that serves as the bathroom’s central stage. An illuminated mirror with (sometimes indirect) lighting around the perimeter or a wall cabinet fronted by a circular mirrored door with indirect lighting that shines through the glass itself in places (as featured in our Coco collection) makes the mirror appear to hover in mid-air, creating a fascinating effect that resembles the sun’s corona. 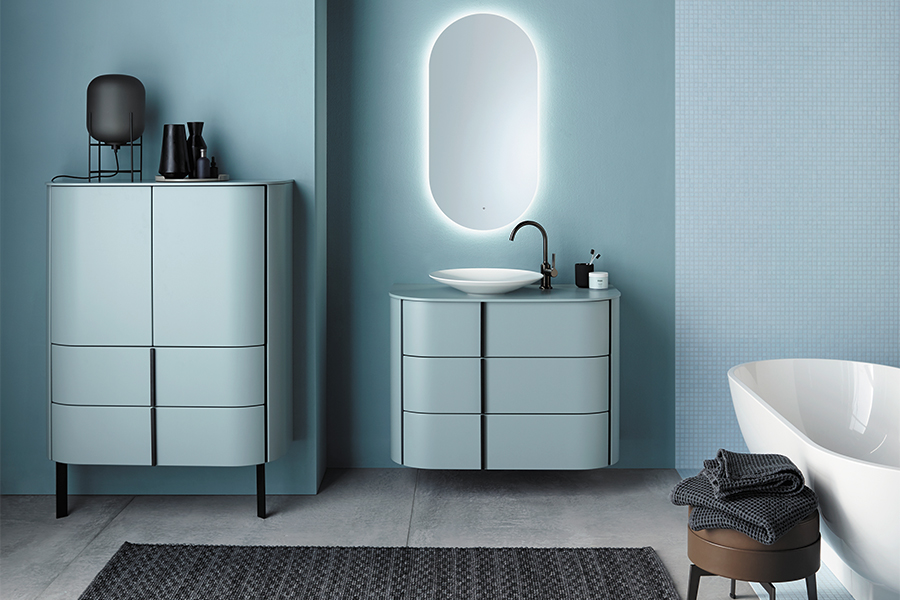 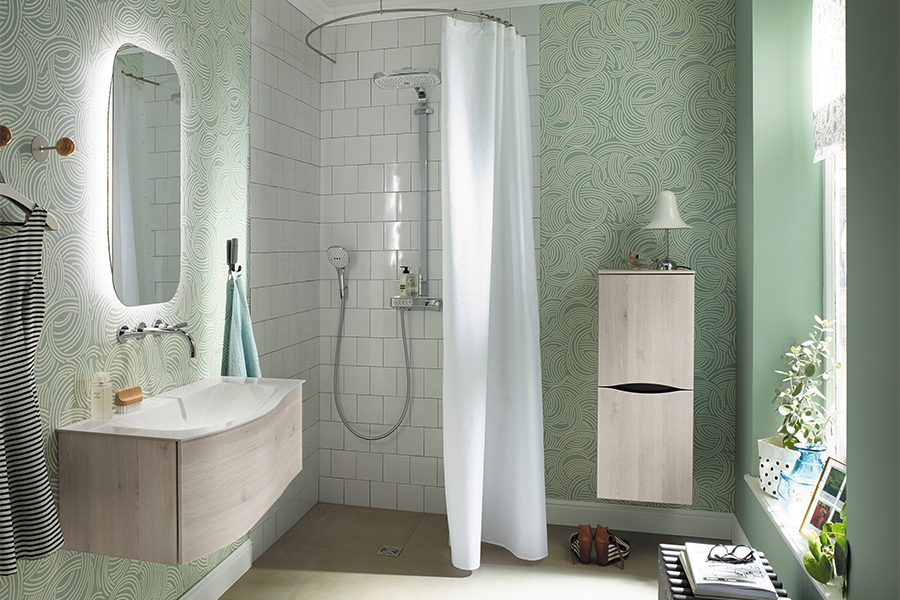 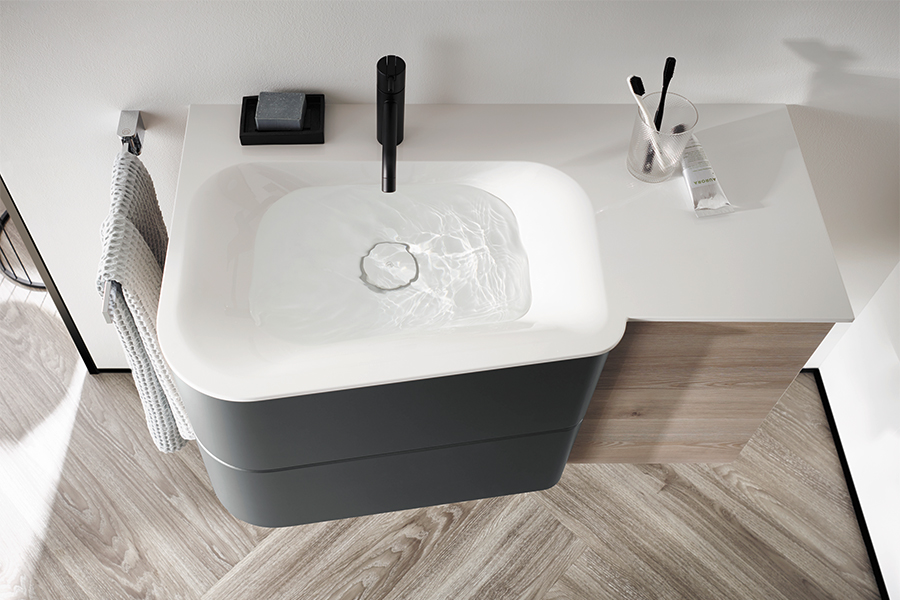 But up-to-the-minute bathroom design isn’t only featuring rounded shapes in perfect, 360-degree form. The new enthusiasm for circles, specifically for quadrants, is also being reflected in bathroom furniture with distinctive, rounded vertical edges and classically curved fronts that turn the bathroom into a sophisticated salon. Softly rounded furniture fronts like those in our Lavo 2.0 collection harmonise with the oval of the washbasins and illuminated mirrors to give the bathroom a cosy character.

As nonchalant as the overall effect might be, however, it can only be achieved thanks to an unusually high degree of manufacturing expertise: producing, painting and coating the rounded edges of thermoformed fronts is particularly complex when they’re destined for use in the bathroom. But if you ask us, the resulting look and feel are definitely worth the effort! 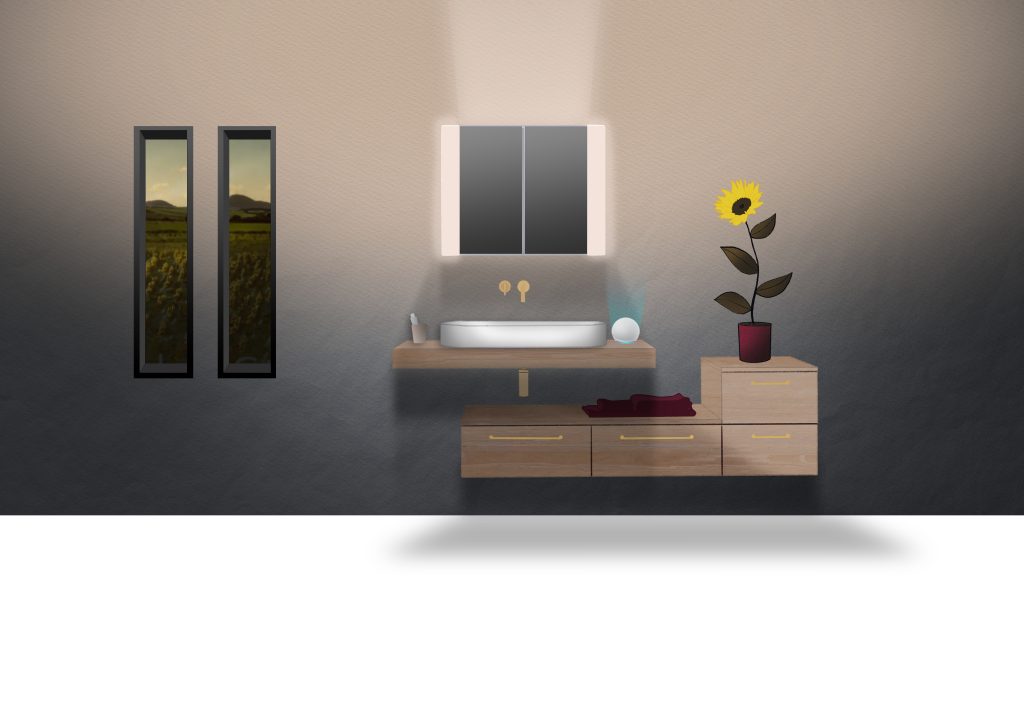 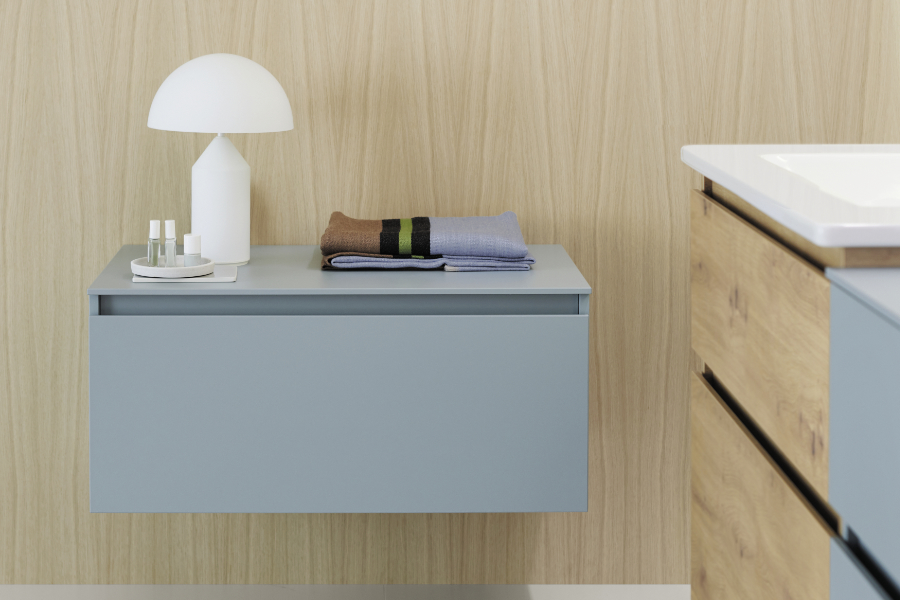 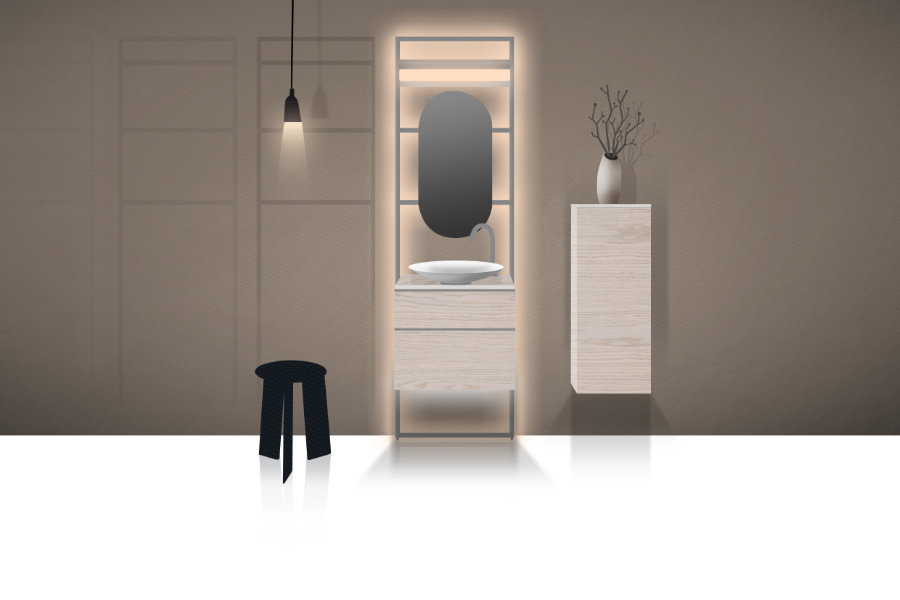 Trend 5: Bathrooms with a modular system